The furious captain was not to take a knee-jerk reaction in this case. He waited until the next evening and sent two of his soldiers towards the pond. When Louie arrived, the boys identified him for the soldiers and one of them caught Louie by his collar and separated him from Erin. The other one kicked his gut and warned him.

Back in the château, Erin learned from rumors that captain Weisenberg had ordered the soldiers to thrash Louie. She yelled at him with rage bleeding in her eyes. The captain asked her to stop yelling and replied very calmly that he was responsible for every life within that château. He said what people usually never said in words, but understood on their own.

‘Louie belongs to the conquered enemy’s side and he cannot have any business with German elites. You should be thankful to me that I didn’t slaughter Louie and his family in the first place. What would happen if I would have discussed this with his father Colonel Gustav? He would have shot you for treason by now.’

Furthermore, He also cautioned her that there was an invisible wall between her and Louie. Crossing that wall would deter unimaginable losses to both as the price to cross the wall was too heavy to pay.

Louie couldn’t make it to school the next day but managed to convey his message to Erin through the wagon driver. The wagon driver handed Louie’s letter written in French which her chauffer read for her. The letter read,

“Dear Erin, if our friendship is true, then please meet me near the pond today evening. If you will not come, I will take that as a disagreement and will not think of you again. Lovingly yours, Louie”.

Her tears wet the paper in her hand. She knew that the invisible wall would stand in between that day’s rendezvous. To Erin’s dismay, she was on an informal house arrest since the day Louie was thrashed. Weisenberg made sure she followed his instructions. She didn’t have the permission to step outside the château except for attending school. Additionally, two soldiers accompanied her to the school every day.

The same afternoon groups of resistance fighters raided that château. Evidently, no one could look after Erin in her house arrest. They attended their duty of defense. The chauffeur, the driver and Erin’s mother stayed with her. Fortunately, all three of them had a better understanding of what she was going through. They decided to help her in an escape; an escape through that invisible wall which no German military brat had crossed. Her mother prepared her for the escape, kissed her forehead and bade farewell wet eyes.

The driver mounted himself on a motorcycle to which a sidecar was attached. In the sidecar, the chauffeur sat first and Erin sat on his lap so that they could shield Erin. They charged towards the main entrance with great speed and came out along with the armored vehicles hurling through the main entrance. But Captain Weisenberg spotted them running away. He had no tolerance and mercy left in him. He commanded two of his soldiers to find the three escapees and destroy them.

The trio successfully left behind the besieged château unharmed but soon heard another motorcycle’s sound soon after.

The chauffer yelled at the driver. The soldiers fired and at the driver. Though the wound was not fatal, it caused too much pain and the driver fell losing control. A driverless motorcycle now crashed into a dune. The chauffeur pulled Erin by her hand and said in German,

“Miss, now listen to me very carefully. Run towards the pond and I will run in the opposite direction to divert them. And no matter what, do not stop running until you reach the pond. Promise me that.”

Nodding to one another, they parted their way.

Louie sat on a rock by the pond in desperation. A lot of time had lapsed; he concluded that he wouldn’t be able to see Erin ever again. Undoubtedly, hopes are great, but sometimes patience has its own limits. With the last pebble he threw into the pond he lost all hopes and turned to leave. But someone was behind!

Little Erin lifted his chin with a smile and let out a shout of joy. There wasn’t a bigger wonder than that in Louie’s life. They were together again! For them, it was the power of true love which triumphed yet again. For the rest of us, it was the fall of the invisible wall.

Hemali Adhiya is the co-founder and author of the e-magazine Love Smitten. Alongside writing and editing for several other websites, she hosts a YouTube Channel- Total Angrezi. Traveling is her way to unwind, and she loves recording these experiences!

This site uses Akismet to reduce spam. Learn how your comment data is processed. 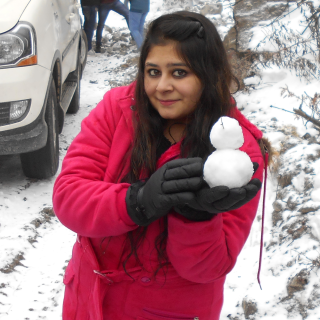 Hemali Adhiya is the co-founder of the e-magazine Love Smitten. Alongside, she is a full-time editor for several books. Being a reading and literature fan, she fell in love with writing. Hemali also co-owns a YouTube Channel, Total Angrezi, teaching the English language to learners. She cannot do without regular travel and music! 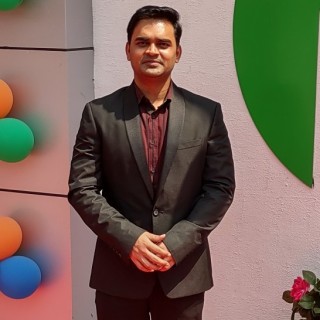 Rajesh Kumar is the co-founder and author of the e-magazine Love Smitten. He is the author of the fiction novel The Love Victim, and is passionate about spreading the word of LOVE! Movies and poetry are his 'go-to' rejuvenations!